Three months after publication, the paper “The Lisbon ranking for smart sustainable cities in Europe”, by GEO-C fellow Adeoluwa Akande and co-authors Pedro Cabral, Paulo Gomes and Sven Casteleyn (GEOTEC), is now the most downloaded paper (in the last 90 days) of the journal “Sustainable Cities and Societies”. 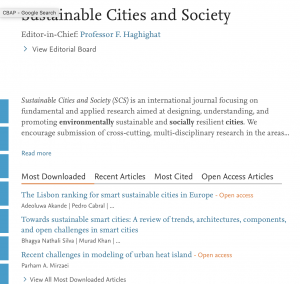 The paper ranks European capital cities according to their smartness and sustainability, based on a systematically reduced – using multivariate statistics – set of indicators originating from the UNECE / ITU framework into a single score, and using publicly available Eurostat data. Based on the ranking, some interesting observation can be made. The ranking shows a geographical divide among northern and western cities, performing better, and eastern cities, performing worse. A correlation between wealth and smartness/sustainability was also uncovered: wealthier cities perform better than poorer cities. A final interesting observation is that there is no correlation between a city’s population/size and its ranking. Many other interesting observations were made; if interested, you can find the full article here: https://www.sciencedirect.com/science/article/pii/S2210670718308138

Congratulations to Adeoluwa and team, keep up the good work! 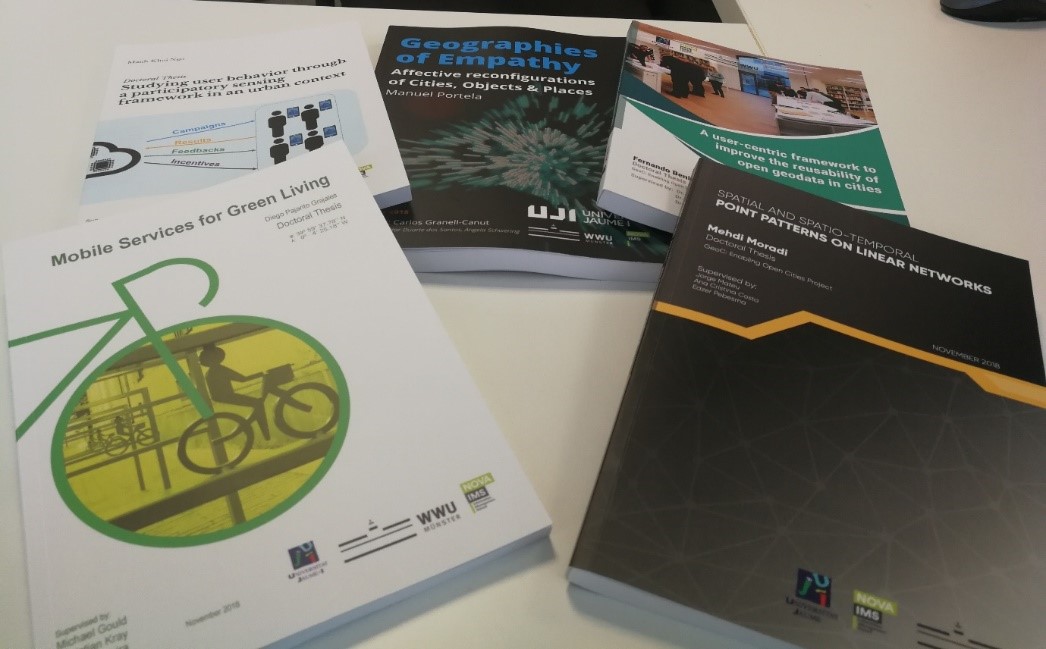 Our five GEO-C (http://www.geo-c-eu) early stage researchers are now doctors! Below their final PhD manuscripts. All but one defenses were chaired by leading scientific women in their fields.

As part of a public lecture series on digitalisation at WWU Münster, Christian Kray yesterday (Nov 5, 2018) delivered a public lecture on “Participation, integration and transparency in an urban context: the benefits and pitfalls of digitalisation” (Teilhabe, Integration und Transparenz im urbanen Kontext: Digitalisierung als Chance und Gefahr).  In his lecture, he introduced the basic idea behind smart cities and gave an overview of the potential benefits and dangers that such cities hold.  He then presented the GEO-C project and some example results before focussing on location information and location privacy, the topic investigated by Mehrnaz Ataei (ESR13).  Using the lecture itself as an example scenario, he explained why location information can provide deep insights on the person who is sharing it.  Highlighting the importance of a concerted effort, he then pointed out how different stakeholders can contribute towards countering the dangers and realising the benefits of smart cities, based on the results produced by Mehrnaz Ataei.  He concluded by providing an outlook on future developments.  In the plenary question and answer session following the presentations, topics such as data protection, political implications and social scoring were discussed.

The lecture slides are available for download <a href="http://